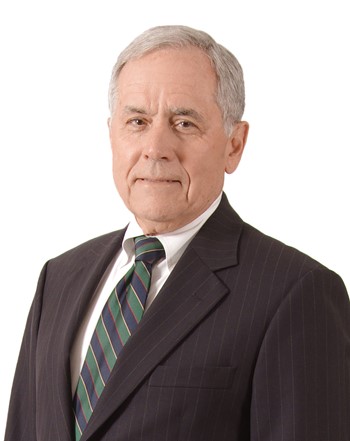 Upon graduation from Rockhurst University Carl was commissioned as an officer in the US Navy and became a Navy pilot. Following his active duty period, he remained in the Navy Reserves and retired after 21 years as a Commander. Following Carl's Navy experience, he held a number of management positions at Hallmark Cards and Crown Center Redevelopment Company. After 8 years at Hallmark and Crown Center Carl moved to Kroh Brothers Development Company where he gained more experience in leasing and developing commercial properties. Along with Ray Sonnenberg, Carl co-founded LaSala-Sonnenberg Commercial Realty Company in 1987. They developed, leased and sold several hundred properties for customers in Missouri, Kansas and a number of adjacent states.

Carl has been involved in close to 2,000 commercial real estate transactions over the course of his career.

We’ve updated our policies. By continuing to use this website, you agree to the use of cookies and similar tracking technologies described in our Cookie Notice.